In the software development life cycle (SDLC), testing is the phase where developers check whether the software satisfies the specific requirements, needs, and expectations of the customer by testing for bugs, defects, and errors. Testing tools help testers to find issues in their products before the users do, ultimately resulting in better quality software.

Testing typically involves manual testers, automation engineers, and developers. There are many types of testing, some of which include: unit testing, integration testing, functional testing, performance testing, regression testing, acceptance testing, and usability testing. Some tools focus on just one category, while others provide comprehensive coverage. Testing can also be divided into two categories based on transparency:

White Box Testing:
This is a software testing method that involves testing the internal structure, design, and coding of a piece of software. Specifically, it tests for things like internal security holes, broken paths in the coding process, the flow of specific inputs through the code, expected output, and functionality of conditional loops. Code is visible to the tester, which is where the “white box” or “see-through box” concept comes from. White box testing is also known by a variety of other names, such as Clear Box Testing, Open Box Testing, Transparent Box Testing, Code-Based Testing, and Glass Box Testing.

Black box testing also involves testing the internal structure, design, and coding of software. It is distinguished from white box testing in that the internal design of the software is not known to the tester, and is therefore a “black box”. Its goals are to find incorrect or missing functions, interface errors, errors in data structures or external database access, behavior or performance errors, and initialization and termination errors. It is usually categorized as functional testing and can also be called Behavioral Testing.

Within the modern testing sphere, shift-left and automation are two concepts that are becoming increasingly important.

Shift-Left
Shift-left is the practice of testing earlier in the software delivery process. Rather than deferring thorny issues to an unknown later date, testers can improve quality by catching errors before they snowball or become critical. Shift-left focuses mainly on integration testing and identifying integration issues as soon as possible.

Test Automation
Test automation is done through a special software tool separate from the software being tested. It allows testers to reuse tests in a repeatable process, thereby eliminating time-consuming and repetitive tasks. These tests can also be run overnight, which saves time for all involved. Generally, test automation is considered to be critical for agile development, CI/CD, and DevOps. Despite that, it is not always appropriate to automate all testing in an organization, and many organizations perform both automated and manual testing.

Looking ahead to the future, artificial intelligence (AI) and machine learning (ML) may play a key role by allowing organizations to automate even further.

What are Testing Tools? When selecting the appropriate testing tool for your organization, there is no one tool that does it all. It is important to compare features and evaluate requirements, such as:

1. Which platforms are covered?
2. Which scripting languages are covered?
3. Are programming skills required, or can a layperson operate the tool?
4. Ease of installation and setup
5. User interface
6. Object storage and maintenance
7. What integrations are available?
8. Product support and documentation
9. Licensing and cost

In regards to automated testing, it is particularly useful for static and repetitive tests that don’t change from one test cycle to the next. Regression testing, smoke testing, data-driven testing, and performance testing can all benefit from automation.

In certain industries, such as medical devices, test details must be documented in a regimented process. Test management tools can automatically keep a log of those details for compliance purposes. For companies that release multiple times a day, such as Amazon and Netflix, automated testing is an absolute necessity. 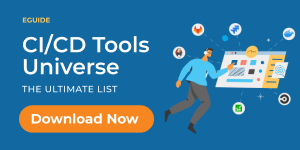