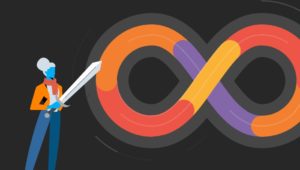 More than a checkbox at the end of the project – end user testing can be invaluable for the success of your project. End user testing involves a subject matter expert from business operations to help the project team determine two things:

To make the most of your end user tests here are some secrets our seasoned testers have learned through years of trial and error – now you can learn from our mistakes!

While any end user may be able to test features and functions, a subject matter expert will understand the purpose behind them and why they are important. This additional insight can be invaluable to the product team as they work on future iterations of the product.

For Example: A test team at a travel company was assigned an end user with limited experience to pass off the user acceptance testing requirement. The new feature set was tested and confirmed to work. This met the final requirement needed to deploy the product. Once in production, it was confirmed that while the features did in fact work to according to a literal translation of the requirements, it severely missed the objective of what the end-users actually needed. This was because the developers didn’t know how the tool was actually used and the inexperienced end user didn’t understand the need. As a result, the new code required a massive change in the existing user workflow making it very inefficient. The new code had to be rolled back and reworked. A subject matter expert would have known this and saved a significant amount of time and money.

It’s also worth keeping in mind that not all subject matter experts are equally valuable. Those who are willing to really engage with the product team and work with you are going to be far more valuable than those who simply rush through to check the box.

Getting a subject matter expert for end user testing can sometimes be a challenge. They are typically already busy with full time responsibilities and can be reluctant to take on more. Often the only way to get a them is through a leadership mandate.

However, once they are assigned, it’s important that they feel that the relationship is cooperative. They will likely need to be convinced that user testing helps the product quality and improves user efficiency. Because of this it’s a good investment of their time. We’ve stressed the importance of making end user testing a productive time investment. To convince your subject matter expert that you’re not wasting their time, keep the following points in mind:

4. Coach through the Tests

The primary task of the test manager is to mitigate any discomforts or unnecessary inconveniences for the end user. You will often need to coach them through the required testing and challenges they might have.

Remember: do not talk down to end users. Just because they aren’t proficient in your areas of expertise doesn’t make them any less valuable. There is no faster way to lose them and any future support than by talking down to them. We can’t say it enough, show respect to end users for being the subject matter expert and for their participation as tester, even if it was mandated and they had no choice but to take part.  Feeling appreciated goes a long way towards creating helpful and cooperative end users – for both your immediate testing needs and also for future tests. End user cooperation is best nurtured by praise and recognition of their unique business knowledge and contribution to the project.

A good end user tester can be highly valuable to the success of a project. Treat them as such. This will often involve accepting input on things that might seem trivial to you but are significant to them. Subject matter experts will catch issues that you would otherwise miss, which is exactly why you need them.

End user interactions with test tools are best kept to a minimum. The more they need to learn the tester’s role, the less focus they can give to being the subject matter expert you need them to be.

The use of a test management tool is typically unavoidable. Keep end user navigation and interactions as simple as possible. Creating a cheat-sheet of essential steps can be helpful.

Don’t inject additional risk to the normal responsibilities of the end user testers. Their normal work systems can sometimes be considered sacred ground. Trying to get approval to install test tools on their controlled environment can often be a deal breaker.

This is where Plutora is ideal. Because it’s a SaaS based solution, nothing is installed.  It works on every major web browser and mobile devices allowing you and your end users to advance the SDLC regardless of their schedule or location. This means it’s easy to give the end user access to test environments, project and release requirements, and anything else that they need to efficiently fulfill the role.